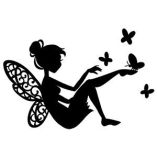 This past week, Mandi Lynn, talked about reasons as to what stop us from finishing our novels. While there are many reasons for not finishing, there are some things that affect us outside of writing. Here is the thing, when we start thinking or rather going down the track of “I want, or rather I could write a novel.” There are at times we don’t release the full commitment that it will take upon us as writers until we are already well down the rabbit hole.

I’m not saying this to get people not to continue on or even start to write that beloved novel that we have within us to tell. But rather, to give those that say that we all have been there, and are thinking that this is also a point in the junction on the track that made us stop working on that novel. So that is the first point of stopping us from writing our novel, in that we fully think that at times that we do not know what is fully involved in writing the novel. This is very true, whether you are going down the track of self-publishing or even traditional publishing. Come on, face it, we start with that single spark of an idea, and then as we go start thinking about getting it published to find out that are hurdles out there that we must cross or encounter along the track.

Mandi Lynn says that one of the hurdles that are stopping us is self-doubt. This is also very true. We put in the doubt that we have taken on too much with our novel. I must admit that at times while writing The Raven Prophecy, yes, I too have thought this. But yet, I squish the self-doubt by saying that if I give up on writing this story, no one else could write or someone else could but would it be as good? Self-doubt is something that we are going deal with many times while we work on writing our novels, that comes even more into focus when you send out query letters for agents, and even when we are looking for beta readers. We start to think that no one will like it, or why did I waste my time when I could have been doing other things. Here is the response that we should look at for the statement above: because we had a drive and a desire that we were going to do it.

Yes, it is that simple and it should be looked at in the eye and told this is my passion, and I want to finish something incredible. I want to edit well, and I want to leave a mark when it is all said and done. Then when we get thousands of rejections, we can honestly say that maybe it was not for them, or maybe even the timing of the query was not right. I mean that doesn’t mean that your novel was terrible or there could be a few mistakes but there is a deep down reason why you have worked hard for this and you want to see it through. Granted, there a few that completely stop working on their novel and never pick it up again. As another youtube author put out there, not finishing the novel is a mistake. I agree in that there was a reason that this idea came to you and not to see it through would be a mistake.

Put it this way, writing should be an escape for us as writers from everything else that is going on in the world. If we allow the outside world to affect our writing them, then what do we have? We have nothing other than a lack of escapism and entertainment for us as writers. Remember, that as writing our single job is to write, and we are not writing then who is doing our job? Another writer, who will take the readers that we want. I know that is a big burden to be put on our shoulders, but it is true. If you don’t finish the novel that you started then you are going to lose the readers that you want to someone else that didn’t give up or stop working on their novel.

I know that this is a lot to process, and there are many reasons why we stop writing, but one important one is support. Sometimes we lack the support that we want from our family and friends. Support I have found is basically you have to give support to someone that is not getting it before you can get it yourself. I know that one is not easy but sometimes that is just what we have to do. I mean there are many Facebook Groups where other writers are seeking support because they are not getting it from their own circle of family and friends. But also part of being in the community of writers is giving back and helping those that may need it most like anything else. Also, think about it this way if you can give support to someone, they will give you the support that you need and you will no longer have that issue stopping you from finishing that novel.

If anything think of all the reasons as to what is stopping you from writing and say how can I improve it to where it will no longer stop me from doing what I started.